Celebrating 40 years since the Judgment of Paris 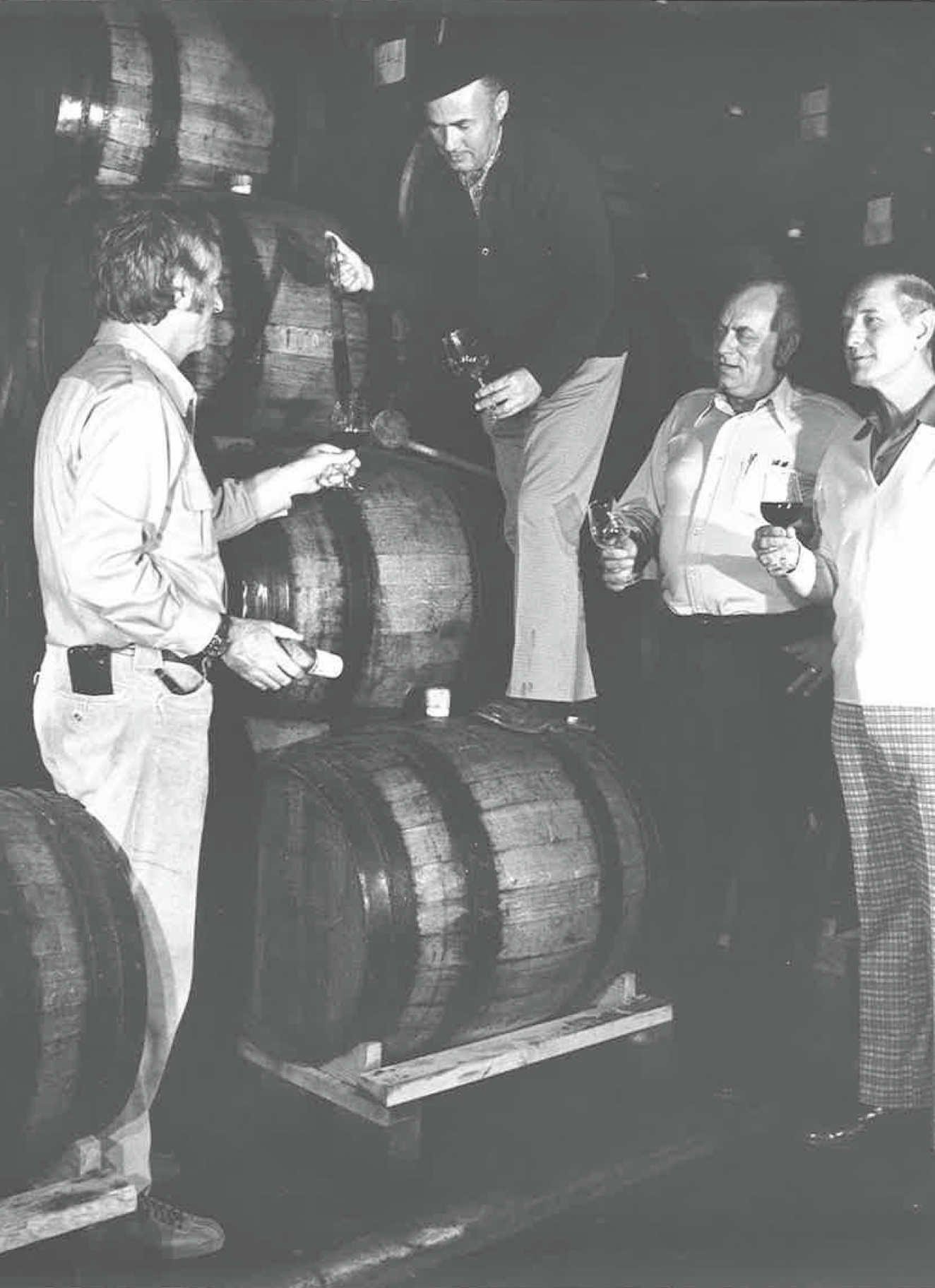 By now it is a familiar story: in 1976 two California wines bested their French counterparts in a blind tasting and put themselves, and all of Napa Valley, on the map.

They wrote a book about it. They even made a movie about it. It is the classic retelling of the saga of David and Goliath; “the kids from the sticks” versus the mighty Chateaus of France, as the late Jim Barrett used to say.

It was organized by British wine merchant Steven Spurrier, who had purchased a wine store in Paris on Cite Berreye using a family inheritance. From as early as 1973, Steven and his assistant Patricia Gallagher had been interested in California wines-an interest fanned by regular customers Robert Finigan, publisher of Insider’s Guide to Wines, and NY Times wine critic Frank Prial. After becoming the driving force behind the competition as her family traced its roots back to 1630 in Massachusetts, Gallagher remembers:

“My role was creating the tasting with Steven. At the time we quite naturally focused on French wines for our courses at l’Academie du vin and Steven’s shop, Caves de la Madeleine. We had no budget for the tasting and only second-hand knowledge of the quality of wines being produced at a handful of new boutique wineries. We are greatly indebted to the late Robert Finigan, publisher of a private wine newsletter from 1972-1990, who brought Stag’s Leap and Montelena to our attention and made introductions for my visit, then Steven’s.”

With so much attention in the U.S. focusing on the 200 year celebration, using this big anniversary turned out to be exactly the right marketing spin.

“In my correspondence with Montelena, I referred to our tasting as ‘The Bicentennial Tasting,’ a patriotic event in celebration of the American Bicentennial, with French tasters to give California wines exposure among highly-respected professionals.”

The tasting was held at the Paris Intercontinental Hotel on May 24, 1976. The first report of the victory was a mere 200 word article in Time Magazine written by George Taber, a stringer for the magazine who lived in France. “I remember I initially turned Steven down to attend,” Taber reminisced recently, “as apparently had everyone else.” Not to be put off, Steven called Taber’s home the night before and convinced George’s wife to support the idea. She put him on the phone and he agreed. “I turned to my wife and said, what could it hurt?”

The placement of the filler copy could not have been hidden better if Time had tried. The cover story of the June 7, 1976 issue featured the West Point Cadet scandal. The Paris article appeared as filler copy in the new Time magazine section “Modern Living” on page 58. It was placed next to an Armstrong Tire ad, featuring the three most famous sports personalities of the day: Arthur Ashe, Roger Staubauch and Lee Trevino. The lead article in the section was about a new amusement park in Georgia themed around the characters of Sid and Marty Krofft, creators of the Muppets.

Editor’s Note:  The World of Sid and Marty Krofft was the world’s first indoor amusement park, but due to poor attendance it was closed after just six months. The Omni International building that contained the amusement park was renamed the CNN Center when the site was converted to the present CNN headquarters.

Jim and Laura Barrett were notified of the victory-ironically while on a tour of Bordeaux with fellow California vintners. It was on that call-taken in a tiny office at Chateau Lascombes that was so small, Jim had to kneel on the floor to talk-that Jim gave his famous quote to George Taber, “not bad for kids from the sticks.”

The impact of the victory was immediate. Jim Barrett remembers the phone ringing…a lot. Everyone was trying to find Chateau Montelena Chardonnay. Oddly, it was available in Georgia of all places. Several years before, the founder of Empire Distribution, Max Kahn, had made his way up several driveways in Napa Valley, shaking hands with owners and cutting deals to distribute wine in Georgia. That’s how deals were done in those days. He met Jim Barrett who had owned Montelena for less than 2 years. Locally the wine could also be found at Ernie’s Liquor stores, as well as in Burlingame CA, at Weimax. Ernie’s is long gone, but Weimax is still in business and still carries our wines.

Of the 2,200 cases made, only 11 bottles remain here at the Chateau. These bottles are not for sale, rather they are allocated by the Barrett family for worthy causes. In 2014, a bottle of the famous ’73 was auctioned at our annual event the Movable Feast and raised $24,000 for St. Damien Pediatric Hospital in Haiti.